From Flower to Seed

Today I took a quick trip to the lotus pond in early morning, when it was still not too hot. The flowers were mostly gone, with fewer than a dozen left, like this one below.

There were many pods, some filled with large seeds, right next to flower buds still trying to bloom. 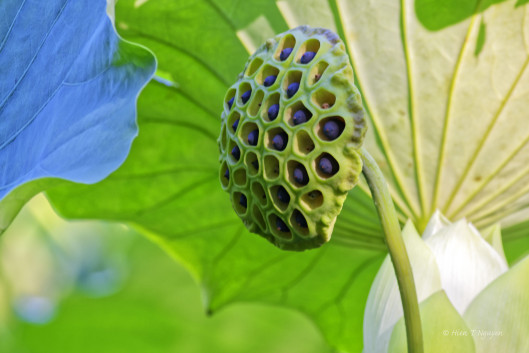 Nearby, in deep shade, hosta flowers were in full bloom. The buds were white and a pale lavender at the tips.

Finally, the dragonflies were as plentiful as ever. I tried to snap a few shots of some that were flying and buzzing around from end of the pond to the other, but nothing came out well. Finally, I had to settle for a stationery Blue Dasher basking in the warm sun.