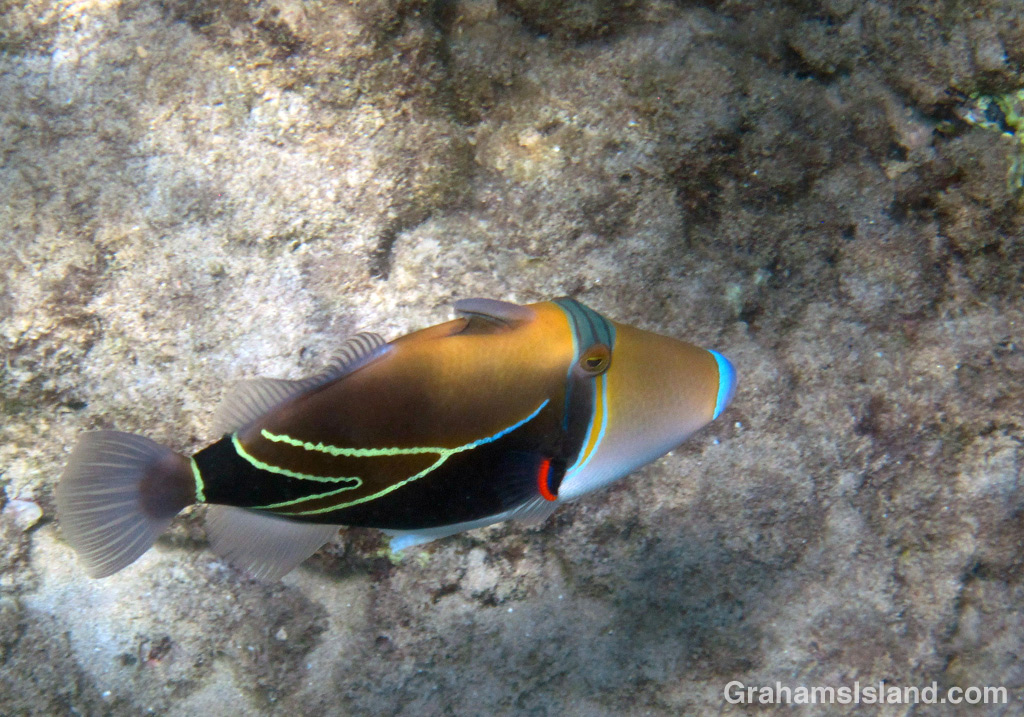 Picasso This is the Hawaiian name for the wedgetail triggerfish or picasso triggerfish. It’s also the state fish of Hawaii. Back in 1984, the legislature decided an official state fish was needed and public input was sought. Eight species made the shortlist to be voted on by the people. Not surprisingly, those of a serious [...]